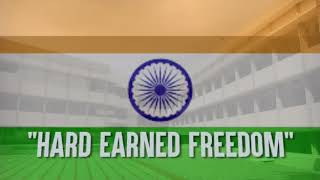 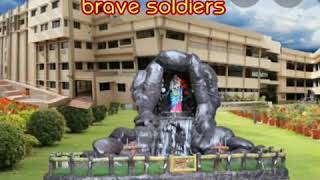 A Tribute to Our Soldiers

Superannuation of Teachers and Staff in 2021

The Annual Sports Meet of St.Mary's English High School (Seniors) was held on 8th December 2016 at out school sports ground .The inaugural program commenced with the school choir singing the prayer song invoking God’s blessing. The chief guest of the day Mrs. Saroj Lakra – Manager, Tata Steel Sports Department, along with the other dignitaries received the salute during the parade.

The sports torch- symbol of harmony and goodwill was carried by worthy sports persons of the school. The chief guest received the torch and declared the sports meet open. During the oath taking ceremony Sports minister recited the pledge. This was followed by a spectacular March past display by NCC and student of Ruby house, Sapphire house, Topaz house, Emerald house. The Chief Guest addressed the crowd and said opportunity should be given to the trainers to pick athletes, give proper training and produce good athletes in society. Sports is an important extracurricular activity, it releases mental tension, improves personality and develops public relationship. Everyday children should spare time for sports. He wished all the students good luck and thanked the management. Principal Fr. P. Raj in his address congratulated the organizers and the students. He said that sports is an important activity and education itself .It develops all round development of the body, mind and soul. Importance should be given to games and sports. It builds fine physic and develops energy to learners to learn lessons, helps to build team spirit. He also said winners win, winners lose and winners play. Healthy competitions rule the mind to reach mark of excellence. Vote of thanks was proposed by Vice Principal Fr.Pradip Marandi.

The lowering of the school flag which marks the end of the closing ceremony was done ceremoniously in the presence of the Principal , Vice Principal and Sports teachers Miss Poonam , Mr. Sajjad Ahmad Khan. The program concluded by singing the National Anthem.